My most recent movie experience was the beautifully rendered “Cloud Atlas,” The Wachowski brothers and Tom Twyker’s brilliantly directed film adaptation of David Mitchell’s famously non-film-adaptable book. I’ve always loved the work of the Wachowskis, and have felt since being obsessed with “The Matrix” films that they could do no wrong, especially when it comes to bringing epic films to the big screen.

Six intertwined stories provides the viewer with a magical ride through time and space, as all stories move forward as one. The movie might prove to be confusing at first for those who haven’t read the book. The common thread among all the characters remains a mystery for the first half of the movie. However, the end resolves it very well. It is a three hour film, so you’re given a good amount of time to grasp the overarching theme. You will most certainly enjoy the gorgeous cinematography before you; It will all come together so perfectly in the end you won’t be disappointed that you didn’t know what was going on in the beginning.

A most brilliant aspect of the film is that all the actors play different characters throughout the film, finding themselves in different stories and eras. I absolutely adored the futuristic plot with Jim Sturgess. Tom Hanks’ role in the editor’s story was the initial big story, but it felt almost forgotten as the other stories unfolded. The film gives viewers the feeling of having seen not only Cloud Atlas as a whole but a whole other series of films as well.

The actors in this film were superb. All their different characters were sometimes so believable, you couldn’t tell who was under the makeup sometimes. Tom Hanks shines from the opening sequence to the very end. Halle Berry was also equally exceptional as the journalist and Hugh Grant always has the uncanny ability to either become the characters, he plays. Hugo Weaving, the inimitable Mr. Smith from “The Matrix” series steals the show, and is mesmerizing both as the devil or in his much-reprised role as an assassin.

The costumes and make up were stunning and should have an Oscar nod for that feat alone. Changing the race and age of an actor is always tricky, but in this case, you don’t forget who they are. The score is also an incredible achievement–powerful and beautiful–which lent much to the tone of the movie.

Cloud Atlas will take you through a gamut of emotion, from bursts of violence that appall, to moments of levity, to raw coldness. You might shed tears, as the characters make decisions you believe to be ill-advised, but certainly heighten the story’s conflict.

Cloud Atlas is not an ordinary film. It is an adventure that will take you places you least expect. Don’t enter the theater trying to figure it out or understand what’s happening all the time. To steal a phrase from the Matrix, “free your mind,” let yourself go and you’ll find you will come to understood what it was all about. This is a non-linear plot reminiscent of Memento. If you’re looking for a beginning to end plot progression, then this film isn’t for you. But if you want to have a unique experience, watch Cloud Atlas once, or maybe twice. I know I’ll be seeing it at least three times.

As I write this, I am so very pleased and excited to share with you that my short story collection, “How Blue Can You Get?” has been published. It can be found on CreateSpace, Amazon in both paperback and Kindle formats, and in Amazon’s distribution channels throughout Europe. These are stories I wrote over a period of about two years via Zoetrope.com’s Flash Factory prompts, and or just from my sheer imagination. I hope you will enjoy reading them as much as I enjoyed writing them.

On November 1, 2012, I’ll be self-publishing a collection of flash and short fiction. Please stay tuned so you can snag your copy once it’s posted!

The following is an Amazon link: http://ow.ly/eTU2C (copy and paste into browser) and a description. Enjoy! 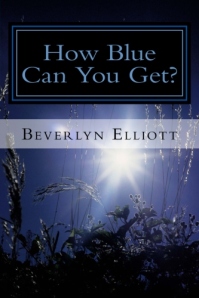 HOW BLUE CAN YOU GET?

These stories originate from a daughter of the south, who summered in Michigan as a child. The author has come to realize that there is an undercurrent of blues across the nation. These flash and short fiction stories seek to capture the essence of that blues:

A gentle giant of a black man protects a woman in the post-depression south.

A mother and son try to salvage an ailing relationship after the death of a favored son.

A four year old traverses the vicious circle of life in the hands of neglectful parents.

A couple unravels after the delivery of their stillborn child.

A woman finally finds the courage to confront an abusive husband.

That’s The Way Of The World

83219mombasa
CHANGE IT UP EDITING

I love words. Especially yours. Let me help you say it the way you mean it!

Aspiring novelist. Avid reader of fiction. Reviewer of books. By day, my undercover identity is that of meek, mild-mannered legal assistant, Kate Loveton, working in the confines of a stuffy corporate law office; by night, however, I'm a super hero: Kate Loveton, Aspiring Novelist and Spinner of Tales. My favorite words are 'Once upon a time... ' Won't you join me on my journey as I attempt to turn a hobby into something more?

Howdy! We're the largest independent bookstore in Texas. This is our blog.

where crocheting and pop culture collide

Stories in the North

Books for Teens and Young Adults